Up till now, anyone wanting to examine the valuable collections of the National Archives of the Richard Wagner Foundation was obliged to make their way to Bayreuth and submit a justified application for use, for example to be able to inspect letters or scores written by Richard Wagner himself for research purposes. A three-year digitisation project will change all this. The project will serve both the long-term preservation of the inventory and the ability to access over 16,000 documents from Richard and Cosima Wagner’s estate via the Internet.

The Richard Wagner National Archives Bayreuth houses the world’s largest collection of archival material on the Leipzig-born composer, his second wife Cosima (1837-1930) and their descendants. With its extensive collection of handwritten documents, manuscripts, letters, music, objects, photographs and research literature, the National Archives is the world’s most important research centre around the person, life, work and impact of Richard Wagner. 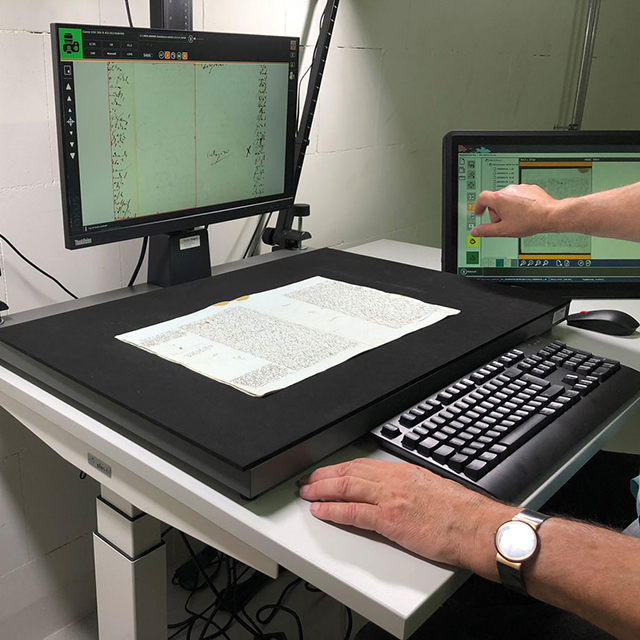 Who is involved in the digitisation project?

The aim of the digitisation project is to provide researchers and other interested parties access to the archive collections via the website of the Richard Wagner Museum Bayreuth. The archive documents  will be able to be searched through online for various factors such as author or date or place of origin, and displayed as high-resolution digital copies on the screen. The project, which began at the end of 2017, is largely made possible by the financial support of the Federal Government Commissioner for Culture and the Media, the Upper Franconian Foundation and bavarikon, the online platform of the Free State of Bavaria for the presentation of art, culture and knowledge bases.

Immediately after completion of the large-scale project for the renovation, expansion and redesign of the Richard Wagner Museum, which lasted several years and culminated in the reopening of the museum in the summer of 2015, the search began for sponsors of the digitisation project, appropriate software and hardware, a suitable service provider to carry out the digitisation with a special document scanner procured specifically for this purpose, and staff to record the required metadata. At the same time, the inventory was minutely inspected, prepared, and sorted for restoration purposes where necessary, and transferred to acid-free archive folders and cartons. In the meantime, not only has this preparatory work been completed, but also the original handwritten letters of Cosima and above all Richard Wagner, as well as his notebooks and the fair copies of his scores – a core element of the archive holdings – have been digitised. The metadata of the digital copies are currently being captured in the museum’s own database, creating the basis for their online presentation. 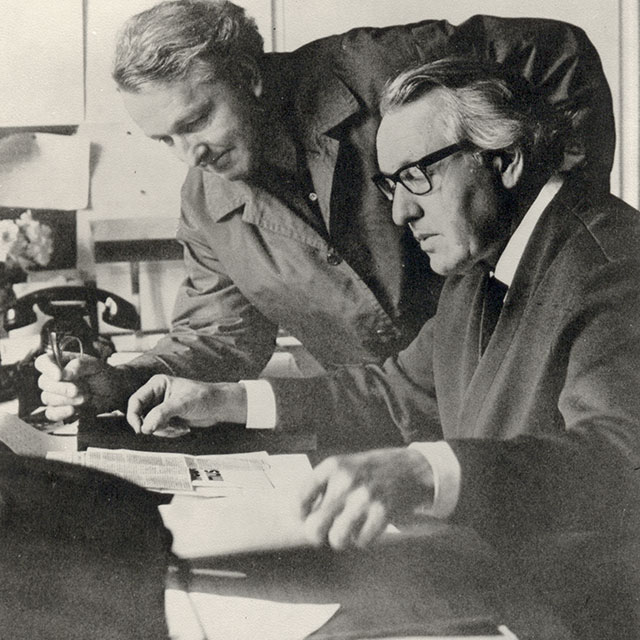 Documenting the history of the Bayreuth Festival

As early as 1987, festival director Wolfgang Wagner undertook to hand over the documentary material on the Bayreuth Festival productions after World War II from the archives of the Festival Hall to the Richard Wagner Foundation and its National Archives in Wahnfried House in the form of the “Wolfgang Wagner endowment” when he left the festival management.
In addition to the press and picture archives of the Festival Hall, the collection also contains files, correspondence, drafts, models, excerpts from directors’ notes and other materials relating to the productions of the Bayreuth Festival from 1951 to 1986. This highly significant cultural and theatrical collection is a continuation of the archives recorded up to 1945 and held by the Festival management, now in the National Archives of the Richard Wagner Foundation. However, it does not include the private estates of the family after Winifred Wagner.

It was not until the Richard Wagner Museum was renovated, expanded and redesigned, and in particular with the addition of the modern new storage facility, that the spatial, logistical, technical and conservational prerequisites for the adoption of the Wolfgang Wagner endowment from the Festival Hall were created. After the reopening of the museum on 26th July, 2015, the shelves full of documentary material (in total some 230 metres in length!) was packed into 640 boxes in May 2016 and transported to Wahnfried House. By December 2016, the archives’ academic staff were able to unpack and store these items, as well as carry out an initial pre-sorting. The materials are already available to users of the National Archives upon request.

The formal archival indexing, cataloguing and finally digitisation of the materials is planned, following the digitisation project of the manuscripts from Richard and Cosima Wagner’s estate. The holdings of the Wolfgang Wagner Sub-Foundation will then also be available for online searches via the Richard Wagner Museum’s website.