The Principal. Wolfgang Wagner and the “Bayreuth Workshop”.

On 30th August, 2019, Wolfgang Wagner (1919-2010) would have been 100 years old. The youngest grandson of Richard Wagner, he directed the Bayreuth Festival for almost 60 years and shaped it like no other during this almost unimaginably long era. To mark the occasion of his 100th birthday, the Richard Wagner Museum is mounting a large anniversary exhibition, presenting and honouring his personality and outstanding life achievement as artistic director, stage designer and director.

The exhibition is also a panorama of German history as well as social and cultural developments far beyond German reunification, which the Festival and its treatment of Richard Wagner’s works has always reflected and sometimes even encapsulated.

In 1951, with the reopening of the Bayreuth Festival and together with his brother, Wieland, Wolfgang Wagner succeeded in dissociating the Festival from the compromising entanglement with National Socialism which the family itself had caused. 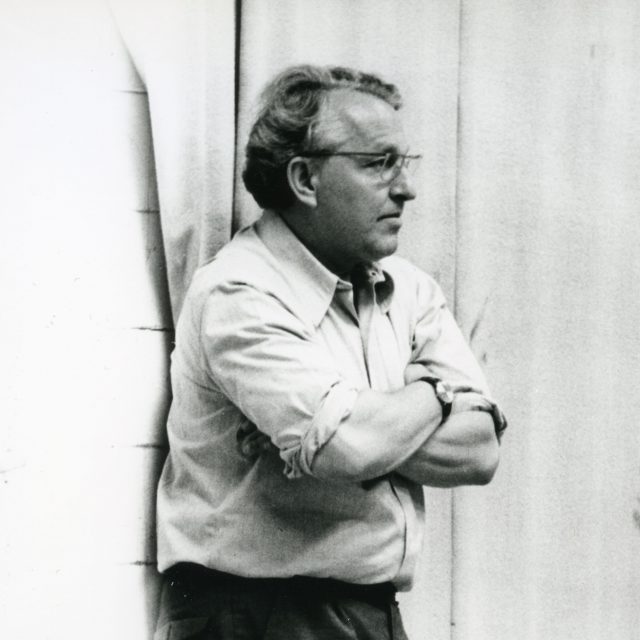 After the premature death of his brother in 1966, Wolfgang Wagner directed the Festival on his own until 2008, when he opened it to foreign directors, framed its workshop character and, with the groundbreaking engagements of directors such as Patrice Chéreau, Götz Friedrich, Harry Kupfer and Christoph Schlingensief, established it as a central venue for modern, innovative and mostly controversial interpretations of Richard Wagner’s works.

Through his support of scientific projects such as the Wagner Collected Letters or the Thyssen series on the Bayreuth Festival, and with the establishment of the Richard Wagner Foundation in 1973, he also promoted and secured the fostering and judicious treatment of Richard Wagner’s away from the stage and the Festival Hall.

In keeping with Wolfgang Wagner’s interpretation of the Festival as a “workshop”, the Richard Wagner Museum also sees this exhibition as the first of several “productions”: as the initial step on the path to understanding the person and the Festival director, making an initial assessment, at the start of the creation of a museum in which those things that endure over time gradually emerge. Due to the fact that his life and work are in the relatively recent past, the research on Wolfgang Wagner is still at too early a stage to permit a final evaluation.

Siegfried Wagner. A search for clues

To mark the 150th anniversary of Siegfried Wagner’s birth, the museum sets out in search of traces of his son – Siegfried Wagner the artist, the Festival director and man.

Siegfried Wagner (1869-1930) was chosen by his mother Cosima as “heir to the throne” and guardian of his father’s inheritance. However, it would be inappropriate and incorrect to describe him solely as a “professional heir”.

When he took over the management of the Festival in 1908, he began the first tentative modern changes to the productions. Under Siegfried Wagner, light in particular became a design medium. In 1924 he succeeded in reopening the Festival, which had been interrupted by the outbreak of World War I. With his new production of “Tannhäuser” in 1930, Siegfried Wagner at last demonstrated that as a director he was open to a contemporary style of staging. He learned of the roaring success of his production in hospital, after having suffered a heart attack before the opening of the Festival. Siegfried Wagner died on 4th August, 1930. 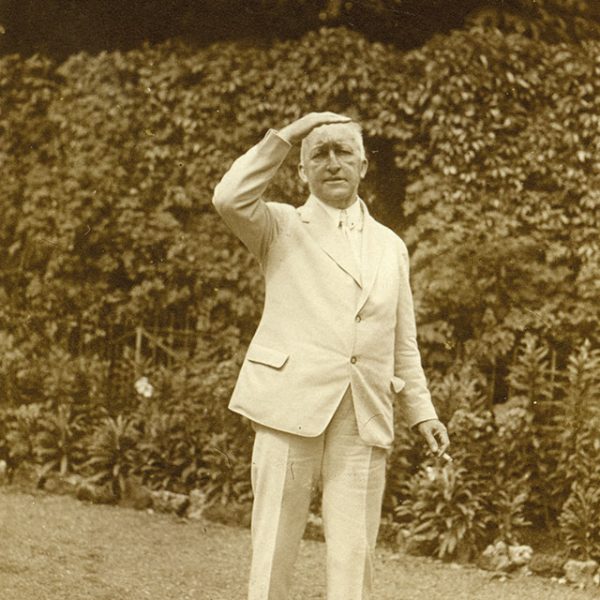 To mark the 150th anniversary of Siegfried Wagner’s birth, the Richard Wagner Museum Bayreuth opens the repositories in which his artistic legacy is preserved and sets off on the trail of the son, artist, Festival director and personage of Siegfried Wagner. The exhibition attempts to close the gaps that characterize the biography of Wagner’s heir and that to this day treat his personality, his artistry and therefore also his philosophy like a blank canvas onto which various interpretations and controversial discussions are projected. 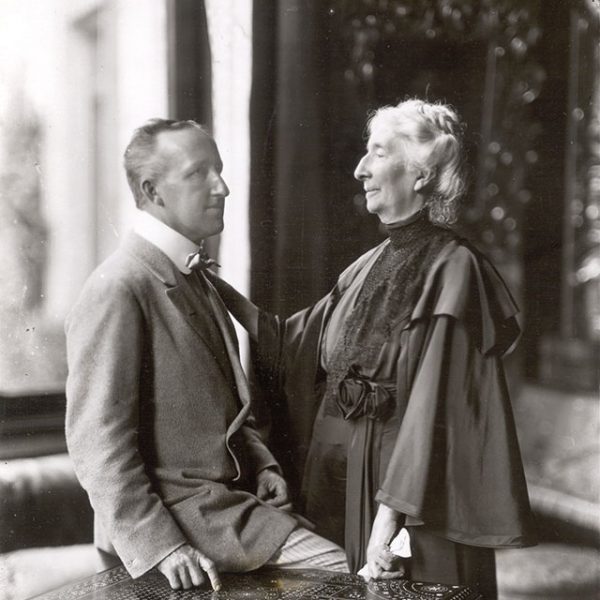 Siegfried Wagner left behind an operatic oeuvre quantitatively comparable to that of his father. In the number of illustrations, the son beats his father by a wide margin; in fact, with perhaps the exception of grandfather Franz Liszt, there is no member of the Wagner family, not even Richard Wagner himself, who has left behind so many illustrative references. And yet, Siegfried Wagner’s manifestation remains blurred, elusive, contradictory, often a mere façade. In numerous texts – primarily those associated with Bayreuth – he is later even stylized like his father in hagiographic terms as a “master”.

Hardly any autobiographical statements or explanations of his works exist. Theoretical and ideological observations on art, such as those produced in large quantities by his father, are rarely found in Siegfried Wagner’s oeuvre. Important parts of his private estate are still kept locked away and are not accessible for research purposes.

Siegfried Wagner’s life is almost only tangible and documented in his work and in the productions of his father’s works. Siegfried Wagner’s own works for the stage, on the other hand, have largely been forgotten. He did, however, write poems, and composed 17 fairy-tale and folk operas, a large number of which were premièred during his lifetime. However, with the exception of his first opera, “Der Bärenhäuter” (“The Bearskin Man”), they met with little audience interest and quickly disappeared from the repertoire.

Siegfried Wagner’s accomplishments  concerning the Festival are nonetheless undisputed: the financial consolidation in economically trying times, the technical modernization and – last but not least – especially in cooperation with the stage designer Kurt Söhnlein from 1925, the careful scenic rehabilitation of his father’s works , which under the direction of his mother Cosima, had been reduced to an anachronistic cult. However, these achievements are often overshadowed by the ideological demands and politicization of the Festival, in which Siegfried Wagner played no small part. After their resumption in 1924, following a ten-year interruption due to the war, the works increasingly became an instrument of national and ultimately National Socialist propaganda.

In 1930, the year of Siegfried Wagner’s death, Robert Musil’s “Man without Qualities”, Ulrich, took a “vacation from life” to embark on a search for the content and purpose of his existence. There were other surprising parallels between Musil’s novel and Siegfried Wagner’s life and personality, not least in the search for a “different state”, in a sexual context. And just as the narrative of Ulrich’s quest for meaning dissipates into countless threads and remains unfinished, Siegfried Wagner’s biography also remains fragmented to this day. 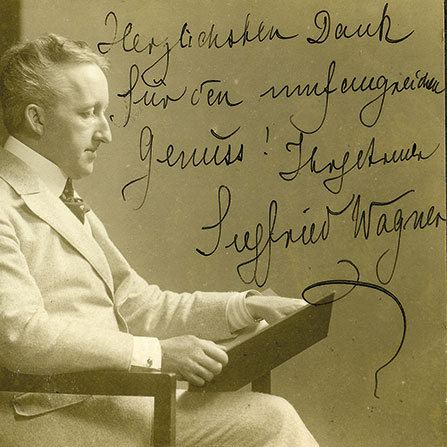