The Richard Wagner Museum Bayreuth is an important German cultural historical site, where the life, works and lasting influence of Richard Wagner are researched and presented in a unique way and made tangible in a multi-sensory experience. The aura of Richard Wagner’s authentic living and working environment and the enormous cultural significance of the house with its turbulent, ambivalent and dubious history, the sophisticated yet also sensual presentation of the comprehensive permanent exhibition as well as diverse events and special exhibitions make repeated visits to the Richard Wagner Museum an inspiring experience for connoisseurs and laymen alike.

Since its opening in 1976, the Richard Wagner Museum, with its National Archives and Research Centre in Wahnfried House, in keeping with the statutes of the Richard Wagner Foundation, has been a place of research and communication centred around the life and work of Richard Wagner and the performance history of the Bayreuth Festival. The mandate of the Richard Wagner Foundation, as laid out in its statutes, is to preserve and research the composer’s legacy, to expand the collection and to make it accessible to the public in the form of a museum in order to convey an understanding of his life and work. The museum is a collection site, archives, research site and exhibition space. The large hall and the special exhibition area are also used for concerts and other events.

In addition to the unique and highly valuable autograph collection in Richard and Cosima Wagner’s literary legacy, with handwritten manuscripts of works, music and scores, letters and autobiographical notes as well as numerous letters to Richard Wagner and his family, the archive also includes a scientific library with extensive source and special collections as well as a picture and sound archive, which are available as a research resource for the scientific and interested public.

From the beginning, the museum in Wahnfried House, with its elegant rooms and permanent exhibition containing numerous exhibits from the life, works and influence of Richard Wagner (especially those originating from the City of Bayreuth’s Richard Wagner Memorial collection begun in 1925 and moved to the Richard Wagner Museum in Wahnfried House in 1976) was one of the city’s and region’s most important attractions for visitors from around the world. It is an outstanding cultural site, which in 2006 was awarded the title “Place of Ideas” as part of the initiative “Germany – Land of Ideas”, under the patronage of the President of the Federal Republic of Germany . 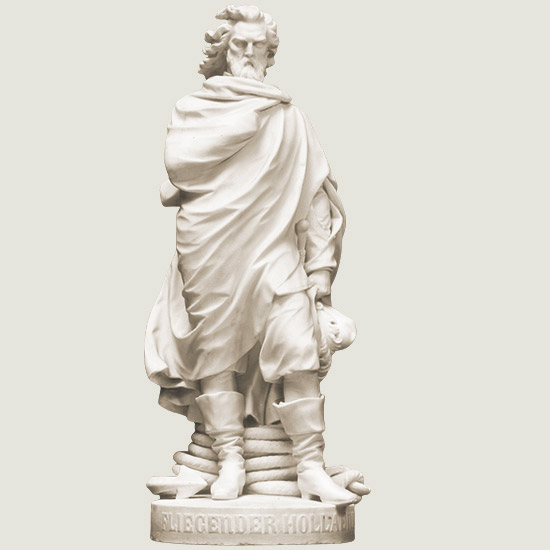 After more than 30 years, the Richard Wagner Museum has been renovated and extended and is today a contemporary, attractive and popular museum institution, in line with its purpose and mission. In addition to its exhibition activities, it remains the world’s centre for scientific documentation and research around Wagner, situated in the most historically authentic location. The focus is on the examination of the life and work of Richard Wagner, especially the ambivalent history of his reception, impact and ideology, which are conveyed using modern didactic methods in a contemporary museum environment.

The aim is to strengthen the connection between public cultural interest and an international network of academic activity and to facilitate the participation of all those interested in art and culture. In this way, the universal, intertemporal cultural phenomenon of Wagner as a significant and momentous manifestation of German intellectual, musical and theatrical history with international significance and effect right up to the present day – especially in connection with the Bayreuth Festival – is conveyed as a richly diverse experience with understanding and emotional depth.

The museum, with the National Archives and research centre, is located in Bayreuth in a very special context of both the cultural and natural landscape. Characterized by monuments to Baroque architecture with, at its centre, the Margravial Opera House – declared a UNESCO World Cultural Heritage Site – the city of Bayreuth has a strong cultural aura, not only due to its association with Richard Wagner and the Bayreuth Festival. Bayreuth’s widely diverse museum culture is dedicated to other artists of cultural historical and international importance who have lived and worked here, such as Jean Paul and Franz Liszt.

Richard Wagner was involved to a great extent in the planning of “Wahnfried” – the first house he owned, and financed by his royal patron, Ludwig II of Bavaria. After his death it remained the family seat until 1966. In 1945, seriously damaged by the war, the house was rebuilt between 1974-1976, true to the original. The permanent preservation of the listed building is the prerequisite for all future museum and scientific activities. The fundamental principles for this are the safeguarding, preservation and making accessible the multi-faceted and outstanding cultural-historical heritage in the National Archives of the Richard Wagner Foundation.

The new permanent exhibition not only aims to introduce visitors to the topic and inform them by means of original documents, but also invites them to reflect on and critically examine the many facets of Richard Wagner’s work in a multimedia presentation.

The prerequisites for a well-founded and attractive exhibition activity are, on the one hand, independent scientific research and, on the other hand, the continuous development of the collection according to specialist criteria. In addition to the permanent exhibition, special exhibitions complement the mediation work and open up new perspectives on the subject. Small presentations can be put together as travelling exhibitions, shown at various locations in Germany and abroad.

A modern storage depot, which meets international technical and conservation requirements, is available for the sustainable and lasting preservation, conservation and storage of valuable objects and unique documents.

The Richard Wagner Museum has become an internationally important centre of study and knowledge, not least due to its National Archives and research centre. A wide range of educational programmes are developed here to impart information to scholars, students and interested parties of all ages. Wagner’s works are framed in a historical and topical context, with the thematic arc extending to the present day. The museum regards itself as an international forum for the responsible handling of the composer’s important cultural and historical heritage.