You have the opportunity, as in Richard Wagner’s day, to become a patron of the museum by purchasing a patronage certificate with your donation of 5,000 euros.

A special, exclusive opportunity to support the work of the museum is by purchasing a limited-edition Wahnfried watch. Half of the proceeds of 299 euros goes to the museum and its collection.

Get your numbered, limited-edition Wahnfried watch and contribute to the preservation of Richard Wagner’s great heritage.

Since 2012, the former residential building of Richard Wagner’s house, Wahnfried, has been renovated with the support of many sponsors and extended by means of an architecturally unique new museum building. The museum was transformed into a lively and contemporary centre for visitors from all over the world. You now have the opportunity to support this important cultural project by purchasing one of the only 1000 Wahnfried watches to be made, thereby contributing to a unique presentation and communication of Richard Wagner’s legacy.

Renowned German watch manufacturer POINTtec, known for its JUNKERS and ZEPPELIN brands, guarantees outstanding “Made in Germany” quality. The Wahnfried watch is equipped with the Citizen automatic movement and has an exclusive and elegant design.

On its clearly-designed dial is a copy of Richard Wagner’s signature, and the inscription from the front of his Bayreuth home: 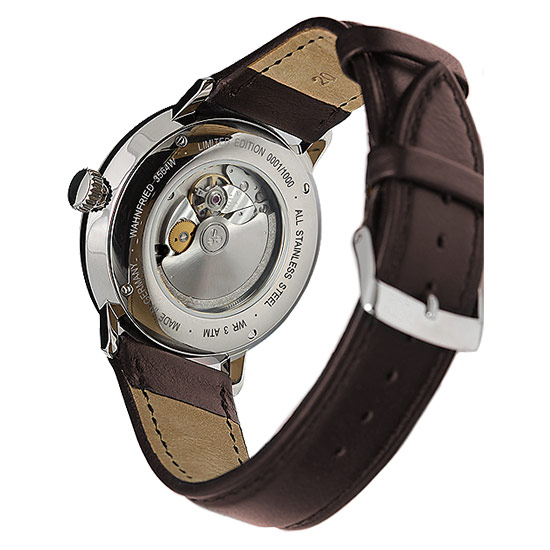 We thank you for your support in purchasing the Wahnfried watch and wish you much pleasure wearing this special item!

Please note the delivery time of 12 weeks, which is due to each individual item being hand-crafted to order.

We process your personal data only in order to fulfil the purchasing contract. Invoicing and the delivery of the item in a gift package are carried out directly by the manufacturer POINTtec Products Electronic GmbH, Steinheilstr. 6, D-85737 Ismaning. Further information on data protection, including storage duration and your rights, is available at http://www.wagnermuseum.de/en/contact/privacy-statement, on request by e-mail (datenschutz@wagnermuseum.de), by telephone (+49 921 75728-0) or by fax (+49 921 75728-22) as well as directly from our staff in the museum on request.

Thank you very much for your support! 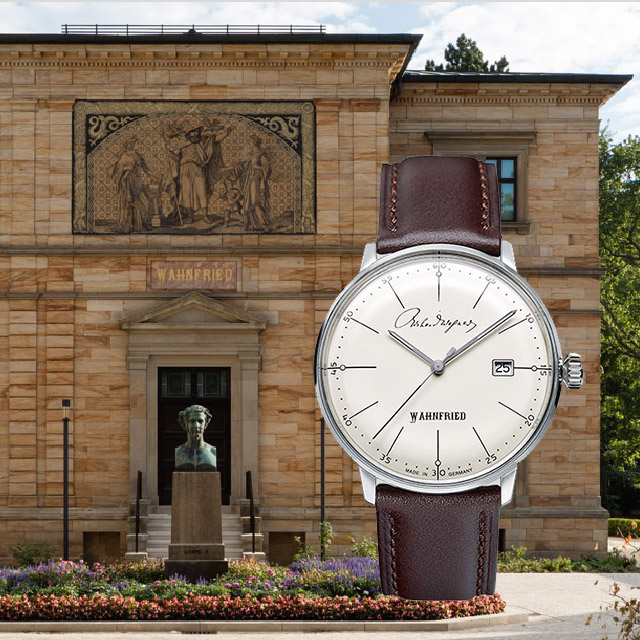 Amid the stock market and company founding boom of the years 1870 to 1873, Richard Wagner issued patronage certificates to finance his dream – the Bayreuth Festival. The stage festival play “The Ring of the Nibelung ” was premiered on 13th August, 1876 in the Bayreuth Festival Hall, which had been specially built for this purpose.

Now you have the opportunity to support the work of the Richard Wagner Museum with National Archives in Wahnfried House by purchasing a newly issued patronage certificate for 5,000 euros.

The benefits for making a contribution to the museum’s work are many and have true ideological value. Depending on the amount of your support, you will receive a “Patronage Certificate”, designed according to the historical example issued by Richard Wagner, as well as a nameplate on the room/s or object/s you support. 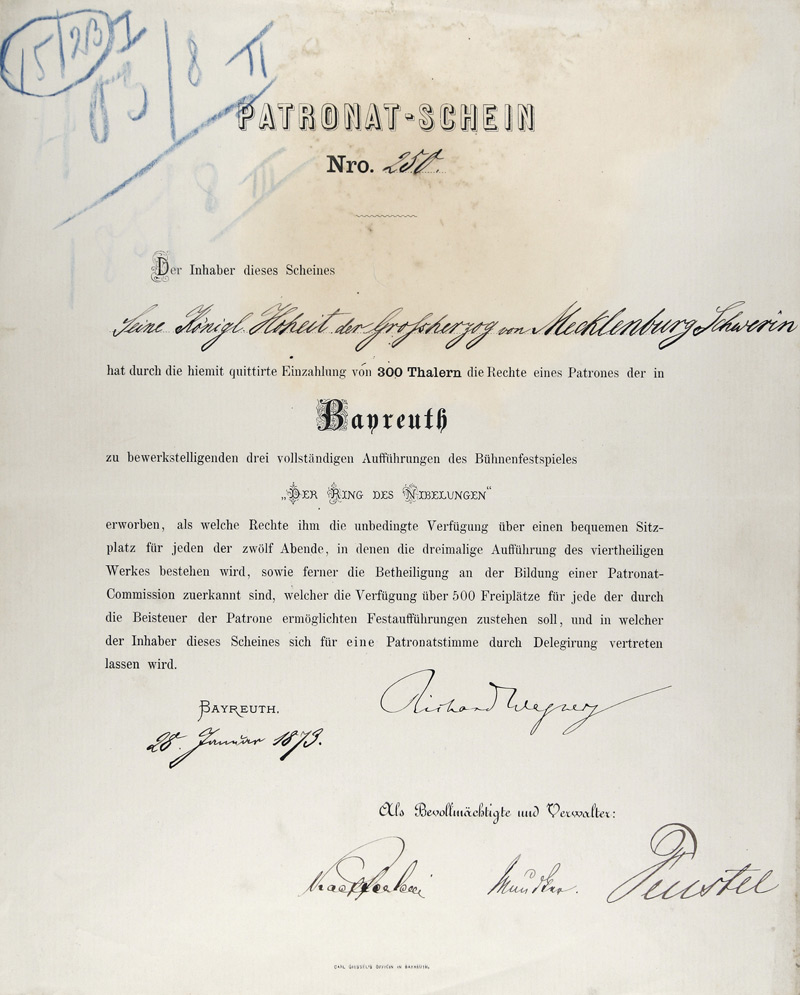